So off we went to Equifest for Robert and Serena’s last show together and they didn’t let us down! Every class Serena was pulled into line in a lower position than what she was actually placed, as every time she rode her individual show she rode like a dream and both Serena and Robert’s performance was a pleasure to watch, especially the evening championship which again they went round beautifully in. It was an entertaining championship as some of the horses became over excited with the atmosphere but Serena reassured Robert throughout and both did us all proud.  From 5th placing to 2nd placing throughout our time at Equifest was just great and what an amazing way to end Serena’s and Robert’s partnership in the show ring together. A big thank you to Helen for allowing Serena to compete Robert for you over the last few years and also a massive thank you to Stephanie for getting Serena and Robert to this standard together, a lot of work from all of you has certainly paid off. 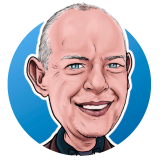